Archive For The “Test Equipment” Category

Engine oil is an important parameter of the engine and its defective performance can cause irreparable damage and breakdown of all moving parts in the engine.
This day, Oil analysis method is one of the effective methods of “condition monitoring” which is used to control important parts of machines such as engines, gearboxes, hydraulic systems and in general the parts where oil is used as a lubricant.
This method has a high efficiency, especially for machinery such as heavy road vehicles, marine vehicles is an effective method.
In fact, in the oil analysis method, the lubricant is used as a rich source of information.
Oil circulation inside the system makes it possible to transfer the effects of events or changes in the system to outside the system.

We have an extensive database of oil analysis, receiving information from more than 2,000 oil analysis reports on various types of compression and spark ignition engines.
The Oil analysis system has the ability to identify healthy engines, suspected of malfunctioning, in need of repair and critical.
This leads to quick maintenance in the field of maintenance, which can be effective in reducing repair time and costs. Studies show that using this method can save up to 70% of engine maintenance costs and reduce storage of spare parts in warehouses.

Henry Ford has been credited with saying, “Failure is simply the opportunity to begin again, this time more intelligently.”, it’s the “this time more intelligently” portion of the advice that many disregard. Not taking advantage of all the information presented during the postmortem of an engine failure may lead to repeat failure again and again. If every engine failure that ever occurred was accompanied by a high-resolution datalog from every sensor following the last minute of the engine’s life, determining the cause of failure would be much easier. In the real world, the datalog that is available after an engine failure is typically just the broken engine. While just about anyone that owns their own set of tools can disassemble an engine and tell “What” broke, the “How” and “Why” the part broke requires a much higher degree of intelligence and experience. To help you make more intelligent decisions, we will have assembled the basics of engine failure analysis to speed up your development process.

Within the engine, there are few parts that by themselves can often tell a tale of what happened during the failure. The spark plugs are about the only parts in an engine that are generally accessible before the teardown of an engine. Spark plug inspection can often determine if the issue is global or localized. If all of the side electrodes are intact but one that has been melted off, there is a fuel delivery issue to the cylinder that is home to the damaged spark plug. If all the spark plugs are relatively dry except one that is soaked with oil, there is likely an issue in the cylinder that has a wet spark plug. While not being able to identify a local issue, using a filter cutting wrench on the oil filter can provide some insight on if there was a lubrication issue. If the filter media is packed with bearing material, a spun bearing is likely to be found.

Failure analysis using technical knowledge and tools of fish bone diagram, existing data from past failures, technical documents of the engine, etc. are among the activities that have been going on in the Dinamotors Co. for years.

This day, due to the advancement of science and technology, the use of control tools (computers) instead of humans to guide and control industrial machinery and production processes to increase system life and reduce human error is common.
The technology is also used in large-scale transportation vehicles or upgrading the maintenance system online in developed countries.
Implementation of automation to control and monitor the performance of propulsion in ships, trains, etc. is one of the activities that can be done in Dinamotors Company. Installing sensors to read the information of various components of propulsion engines and generators, reading the environmental conditions of temperature, pressure, humidity will increase the life of the propulsion. The PLC system replaces various parts, including switches, fuel level monitoring, control of various performance components.

Dina motors company since 2010 has provided valuable services to customers in the field of reverse engineering, design and manufacture of complex industry and engine parts by using specialized engineers.
Our purpose is suppling customer requirement parts with the best quality.
For many years, due to the existing sanctions, many industries decided to produce the parts they needed through reverse engineering.
Equipped laboratory and the ability to manufacture test equipment helps us to ensure our ultimate production and provide reports of these tests to customers.

We are proud to have been able to reproduce so many different components of the main engine parts. Cylinder, liner, bearing, valve, seat valve, gasket, cylinder head screw, etc.

According to our purpose to provide goods with the best quality, the possibility of using different test equipment in accordance with the standards provided by the customer can be done. On the other hand, the Dinamotors laboratory has the ability to define and perform various types of performance and durability tests to ensure the performance of the components. 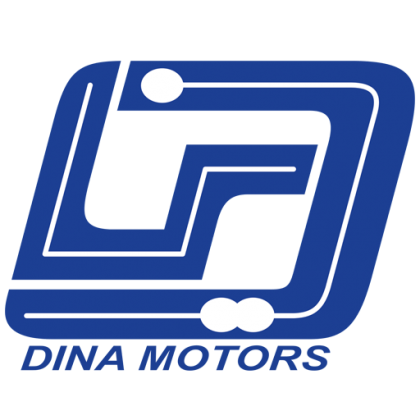 DinaMotors is privately owned and independent company for the development of powertrain systems as well as instrumentation and test systems in Middle East. DinaMotors is acting in the following scopes of business:

Close relationship with main companies active in powertrain enhancement, noticeable investment in hardware and software for product development and also intimate relationship with automotive industry politicians, has turned DINA Motors to the important provider company of engineering services in power-train throughout the Middle East. Our core competency includes the Power train engineering, laboratory equipments and part production and training. We can provide prepared solutions of production for our customers, in such a way that from design comprehension to technical support of the product will be supplied to the customer.